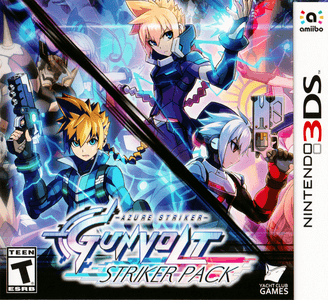 Azure Striker Gunvolt - Striker Pack runs near perfection. It has some audio and little graphic issues and in-game slow downs on low end hardware, while the story parts runs perfectly. The final battle requires the player to sing a song on the microphone, so the game is unbeatable right now since the microphone feature is unimplemented.